Sony has rolled out the 20.02-02.25.00 system update for PlayStation 5, which weighs in at 866MB. Specifics aren’t known right now, with the official description simply saying that “This system software update improves system performance.” We’ve contacted Sony for comment on what the update should be changing.

The update comes shortly ahead of the PS5’s second launch day on November 19, when it will launch in many new territories, including Europe, following its November 12 release in the US, Japan, Canada, Mexico, Australia, New Zealand, and South Korea. We awarded the PS5 an 8/10 review, saying what it ” lacks in subtlety it makes up for in potential thanks to its rapid SSD and remarkable DualSense controller.” Since release, we’ve put together a feature on 4 things we love about PS5, and four things that need improvement. 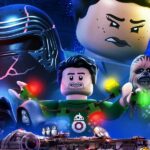