For those looking for a sweet, off-kilter addendum to the Star Wars Sequel Trilogy — one that will most assuredly leave you with a bigger smile than The Rise of Skywalker did (if it left you with a smile at all) — the new LEGO Star Wars Holiday Special is a charming and calamitous cross-time caper that blends all three trilogies together like never before.Using the original (cult car-crash-you-can’t-look-away-from) 1978 Star Wars Holiday Special for inspiration, the LEGO Star Wars Holiday Special takes place after the demise of the First Order, post-Rise of Skywalker, and reunites Rey, Finn, Poe, and Rose for a celebration of Life Day on Kashyyyk. Those familiar with the original special will delight (maybe?) at the return of Itchy, Malla, and Lumpy while those who’ve been to Galaxy’s Edge at a Disney theme park might appreciate the multiple Fried Endorian Tip-Yip references. Yes, this special is designed to cater to all levels of Stars Wars fandom, and all eras of Star Wars cinema.

For all of its flaws, The Rise of Skywalker did give fans the first adventure featuring Rey, Finn, and Poe as a crusading trio instead of keeping them mostly separate throughout the movie. It was odd to wait to do that until the very end of the saga, but it was still a great thing to have happen before it was all over. The LEGO Star Wars Holiday Special sort of revisits this and builds on it, giving us more time with these characters as true friends — albeit a very silly time. Again, this is a comedic, winking, even self-deprecating take on the Skywalker Saga but it still, in a strange way, wraps things up better than you’d ever anticipate.LEGO Star Wars Holiday Special – Official Trailershare 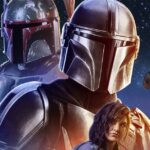